“Nobody needs anyone anymore”

The film tells the story of a small ethnic group from northern Udmurtia and its attempts to maintain its identity. According to one of the Besermyan, the old hustle and bustle has been replaced by a dead silence that reigns in the village. “Nobody needs anyone anymore.”

The subtle dance of the female voice, however, still has the power to lure people and their cameras inside people’s homes. The voice has the power to be hypnotic, to induce people into a trance. A living language is born in song, and the Besermyan’s song becomes a mode of thinking. As long as it heard, the nation will survive. 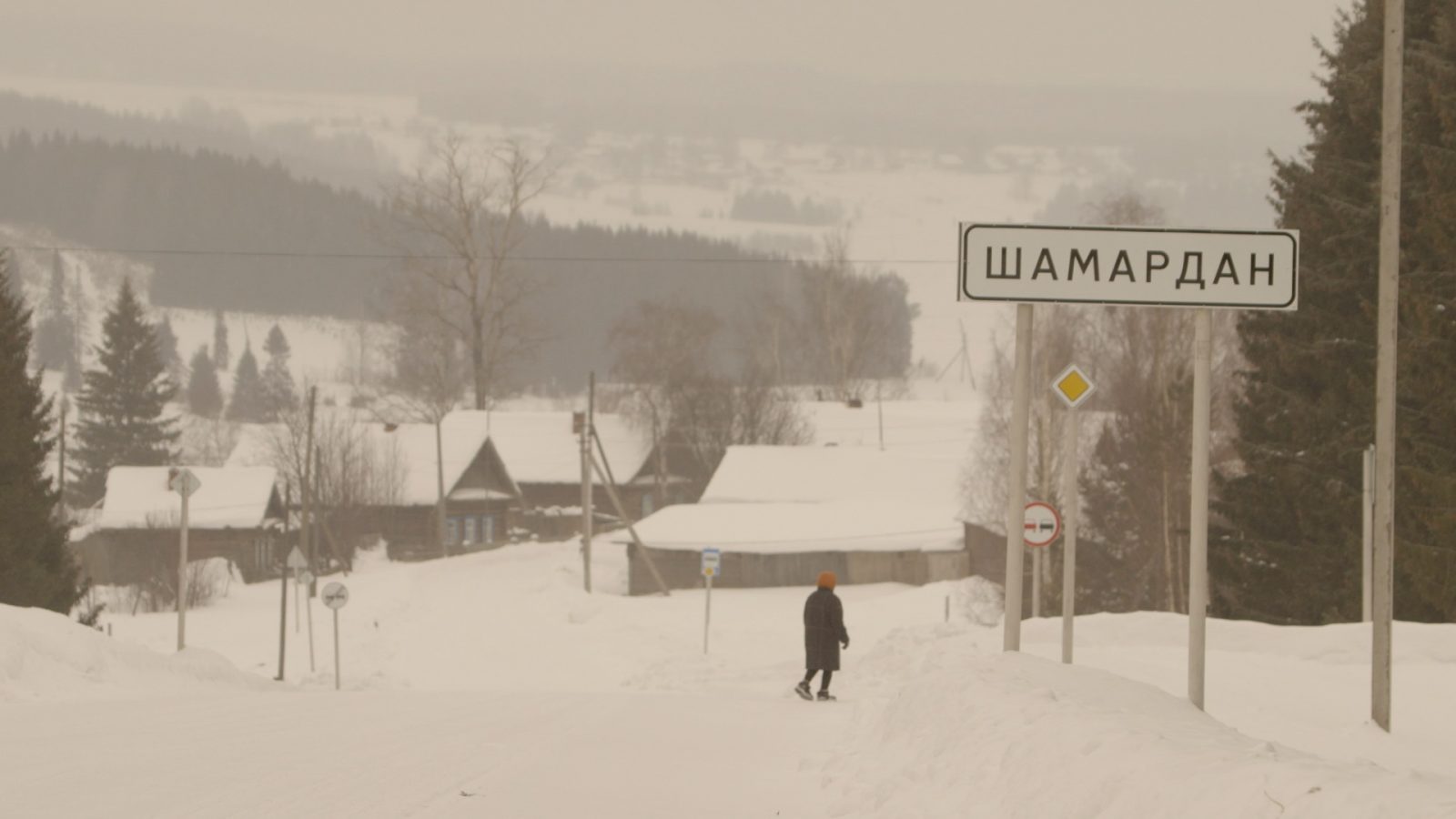 In the 16th century, a small ethnic group known as the Besermyan settled in what we now know as Russia, remaining there until their annexation by the Soviet regime. Over a 13-year period of Soviet rule 75 nationalities disappeared, including the Besermyan. After the Soviet Union collapsed, however, their descendants began a process of rediscovering their identity. They found their leader in Valerian Sabrekov. He reestablished the Besermyan community by simply placing an announcement in a newspaper. The announcement read: “Those who identify as Besermyan are to meet tomorrow at Glazov University, room 27, at six o’clock.”

With this act he began a quest to reestablish a unique culture. Today just 2,000 descendants of the Besermyan remain, living in 11 very remote villages in northern Udmurtia. For the Besermyan people, the day the Besermyan society was organized was the conclusion of an attempt to reestablish their nationality. For Valerian, however, it was only the start of his long struggle to gain recognition. 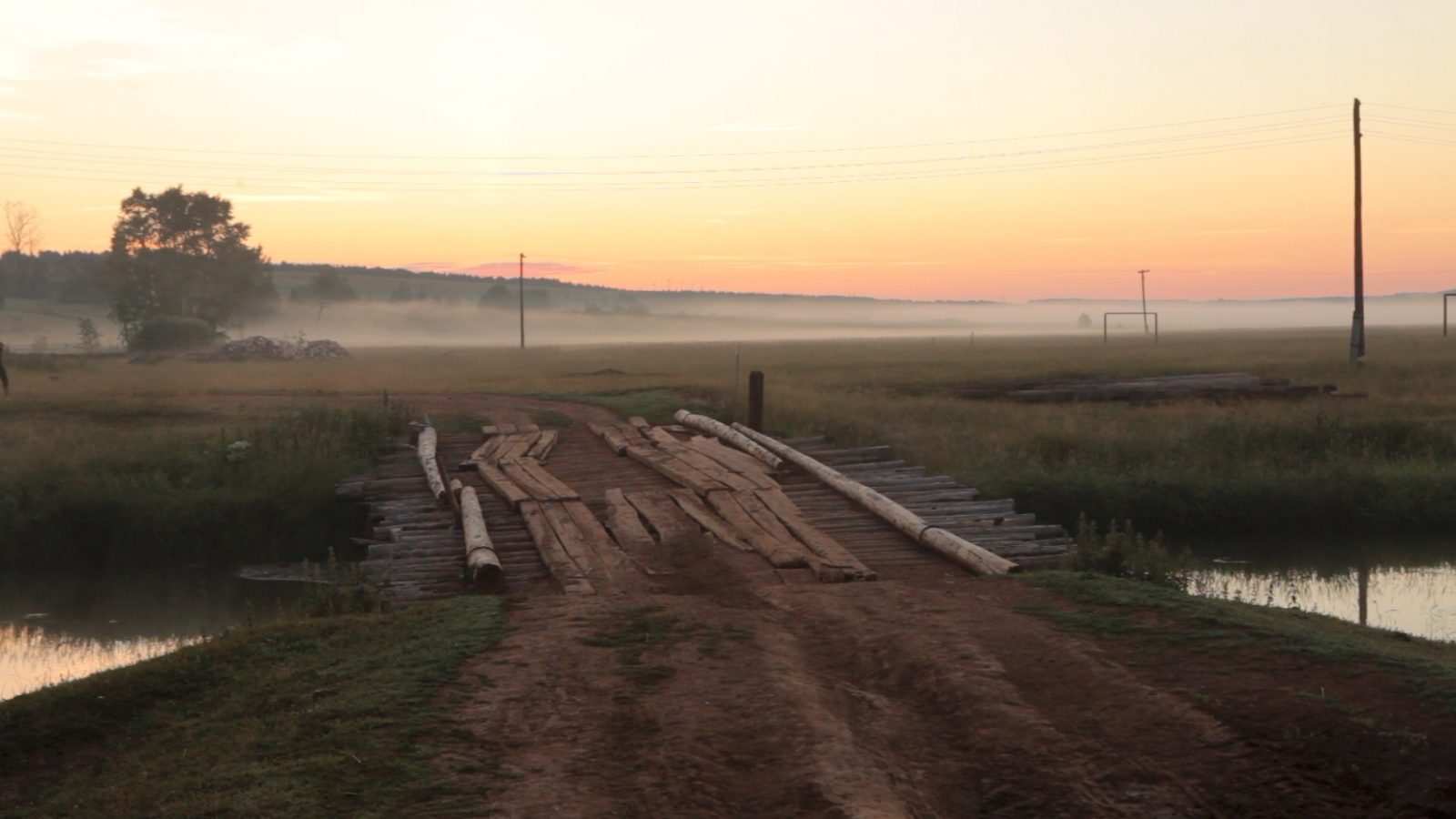 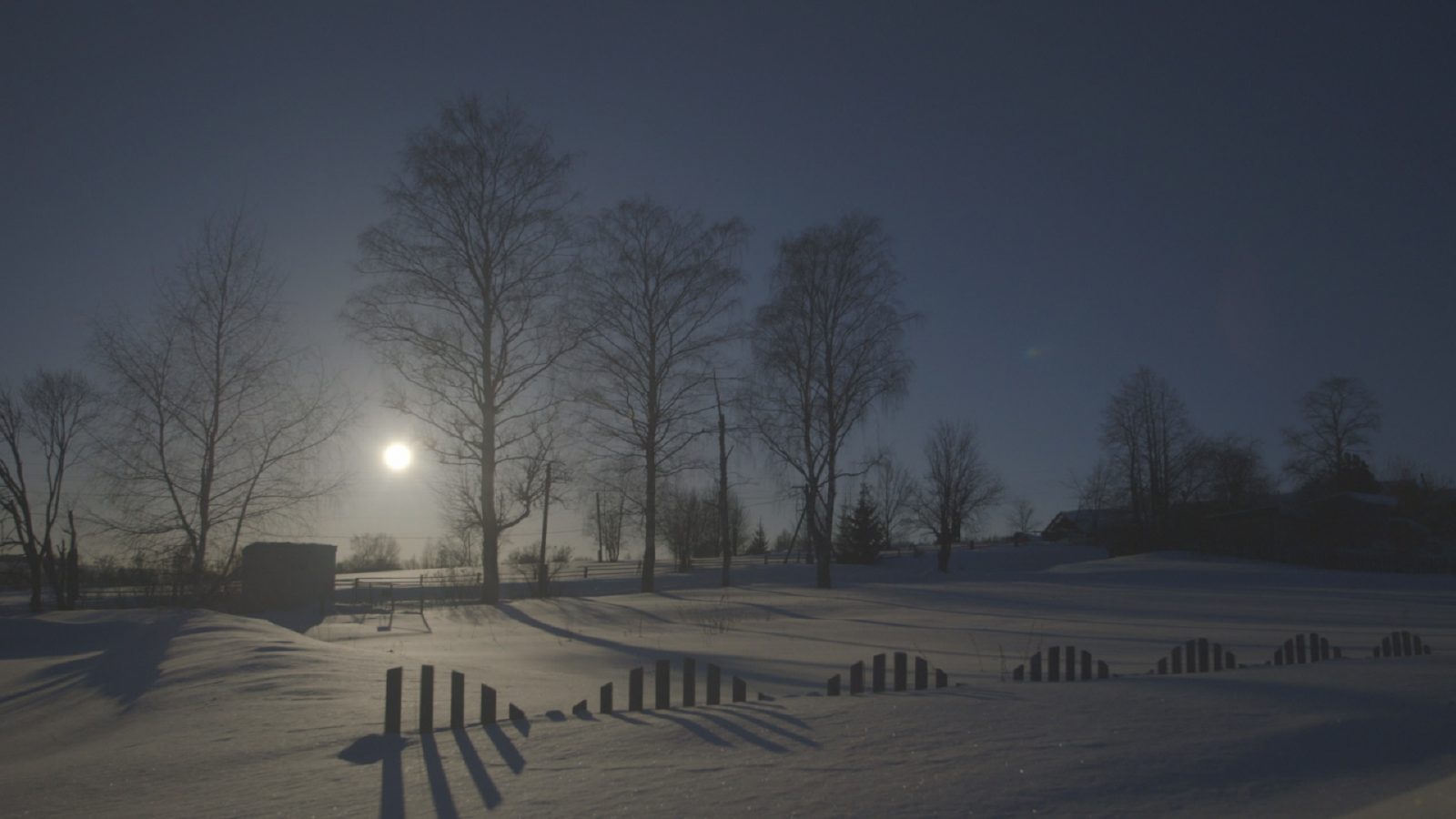 There are few Besermyan villages in the north of Udmurtia. In addition, after the official restoration of the historical name, not all of them wanted to join again their fellow tribesmen. Indeed, in Soviet times, representatives of the Besermyan people were recorded in the census as the Udmurts.

The bulk of the filming took place in the village of Shamardan, which is secretly considered the Besermyan center. It is in Shamardan and nearby villages that the majority of this small nation lives. Here, their traditions, everyday life are best preserved. Here you can listen to a living artifact of bygone days – the unique Besermyan melody – a krez, which in our time is also gradually becoming a thing of the past with dying old people.

He is now spreading his knowledge among the people he meets, and he has proclaimed himself the leader of the Besermyans. He spends all his time talking to people in order to strengthen their national self-consciousness. He is obsessed by the idea of the Besermyan’s noble past. The villagers, however, do not share his enthusiasm. They live their daily lives, which are often very hard. Their joy and songs are more important to them than Valerian’s history lectures. Their specific sense of humor and unique way of thinking is sometimes hard to understand, but it is always a source of amusement. All things considered they are a very positive nation living in difficult conditions.

Valerian uses all types of propaganda and he thinks very seriously about what their flag should look like. It is difficult for Valerian to find young Besermyan people to support and spread his ideas, because they have all left the villages. Another challenge he faces is finding support among the elder Besermyan, as their daily concerns revolve not so much around building a nation, but surviving the day. Furthermore, established social institutions outside the villages are often resistant to his ideas.

By doing so, she is attempting to preserve the Besermyan cultural heritage for future generations. A music student in Tallinn, Estonia, Masha admires the Besermyan style of singing not only because of its technical aspects, but because it reflects the philosophy of the nation. She fears that time is running out because the best krez singers are very advanced in age. Every year, the population loses more of its number. She sets out on expeditions on foot to the most distant Besermyan villages with her recorder several times a year. It isn’t easy for Masha, because time is ticking away and the older generations are suspicious: they don’t like strangers. Nevertheless, she is very persistent.

SHE FEARS THAT TIME IS RUNNING OUT BECAUSE THE BEST KREZ SINGERS ARE VERY ADVANCED IN AGE. EVERY YEAR, THE POPULATION LOSES MORE OF ITS NUMBER

These two characters are both living in the same territory at the same time, but in completely different ways. They both raise questions about the importance of national identity, cultural consciousness and its preservation in a fast globalizing world. The efforts made by Valerian and Masha are depicted against the backdrop of harsh living conditions, suspicion and the slow extinction of village life. The Nation is a story full of humor that presents some fundamental ideas about political technologies and the power of folk songs, which can come together to preserve the cultural heritage of the Besermyan in our globalizing world.

When I first met Valerian I didn’t believe such people existed. I was absolutely fascinated by his determination to revive the Besermyan culture. At first I couldn’t believe how someone was able to dedicate their life to this issue in a globalizing world and against the backdrop of difficult living conditions. In order to better understand his driving force, I studied the Besermyan culture and soon became ‘mesmerized’ by their songs and humor. I was also impressed by their flexibility and gratitude towards life, which is often expressed through their songs. I want others to get to know these unique people.

By showing their story, I want to contribute to the preservation of Besermyan culture, and in making this film I aim to bring their unique style of singing into the library of world culture. When I film them I don’t just record their songs – I also capture the unique interpretation and emotional significance of krez and present it to the world. Furthermore, with this documentary I want to highlight the diversity and differences of today’s Russian cultures. The focus on the Besermyan people as a Russian culture should transform or at least challenge the image of Russians for many people.

Be a Nation is important on a personal artistic level, because it poses interesting challenges for me as a director and an opportunity to train different skills, explore my signature style more thoroughly and sharpen my vision of the art of documentary film. Everybody in Shamardan, including the featured subjects, is very positive in spite of the deprived living conditions they face. This creates a fascinating, humorous, and sometimes absurdist atmosphere in nearly every social event that occurs in the village. Comedy is a rare genre in documentary, but it is something I would like to explore further. Making a (sort of) comedy about very serious social issues is another step in my career as a filmmaker. I think the story of the Besermyans needs to be told.

Julia Mironova was born in 1977 in the city of Abakan, Republic of Khakassia. She graduated from the Romanic and Germanic Philology Faculty of Khakas State University in 1999. In 2007 she graduated from the Saint Petersburg State Academy of Art as a film director. Since 2005 she has been working as director in television.

WITH THE SUPPORT OF 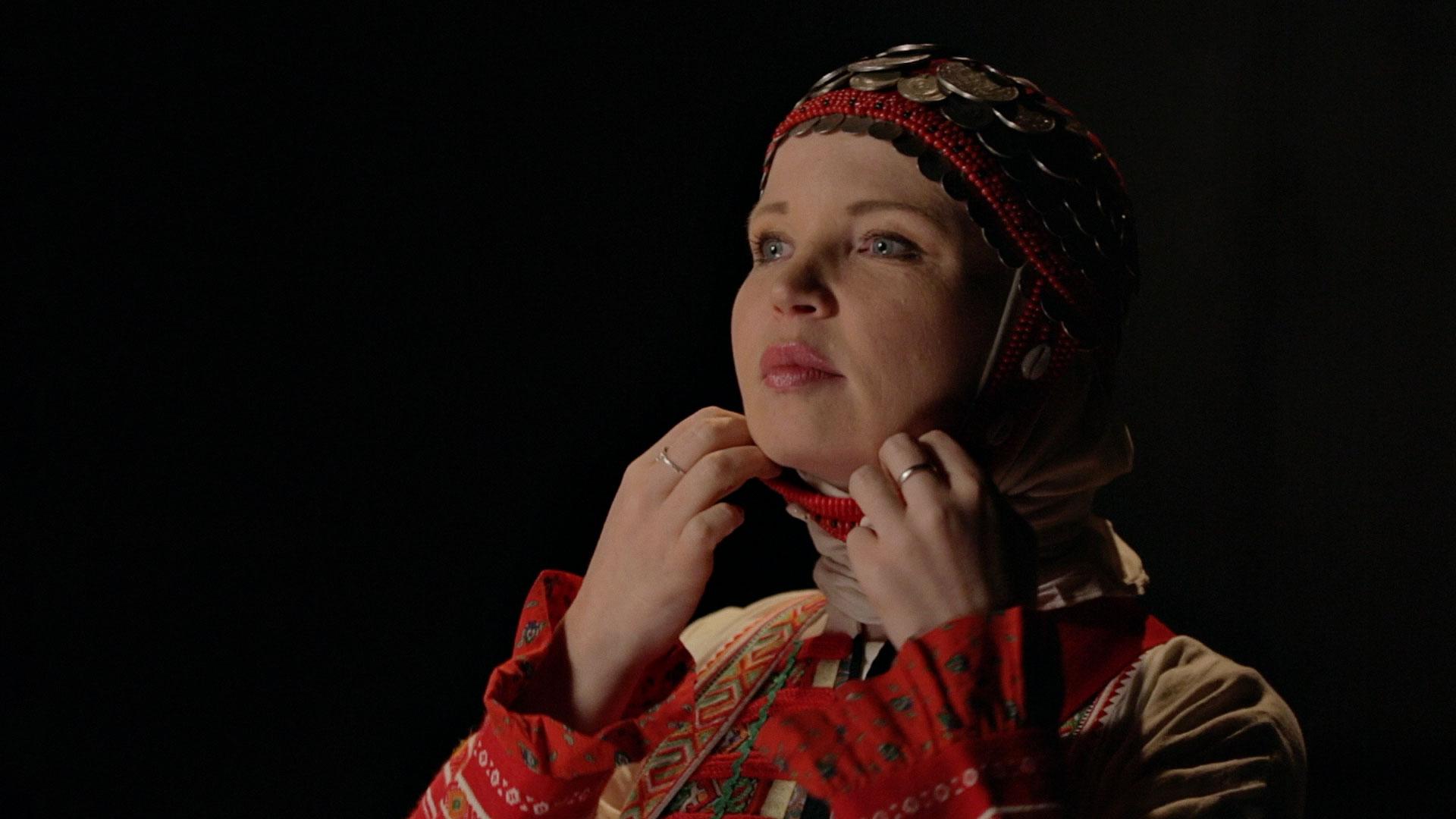